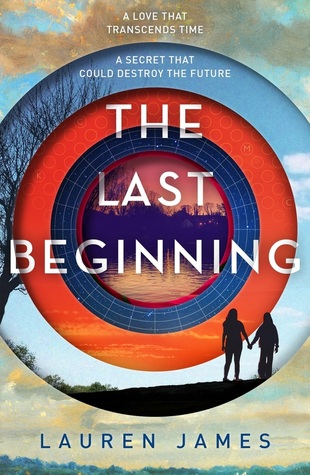 Sixteen years ago, after a scandal that rocked the world, teenagers Katherine and Matthew vanished without a trace. Now Clove Sutcliffe is determined to find her long lost relatives. But where do you start looking for a couple who seem to have been reincarnated at every key moment in history? Who were Kate and Matt? Why were they born again and again? And who is the mysterious Ella, who keeps appearing at every turn in Clove’s investigation?

For Clove, there is a mystery to solve in the past and a love to find in the future.

More or less this time last year I read The Next Together and loved it. I was desperate for this sequel, but by the time it came out in October I had other priorities and it’s taken me until now to get around to reading it. I was actually a little disappointed though – it didn’t seem to flow, I wasn’t anywhere near as attached to Clove as I was to the various Katherines and Matthews in the first book, and the explanation it provides for the reincarnation aspect seemed a little hand-wavey.  I also found it difficult to relate what happens to Clove to the incidents it references from The Next Together and I would definitely recommend re-reading that before starting The Last Beginning. However, despite all that, I found myself unable to put it down, which is why I ended up still awake and reading after 1 am on a work night. I kept promising just one more chapter, but it would then end on a cliffhanger so I had to carry on!

I also enjoyed the love story aspect, although it did seem to happen quite suddenly. I particularly liked that the main character is a lesbian, and she just is. It’s not a major part of the story, she just happens to have a female love interet. Clove is already out, with no drama (and a supportive family), and her only problem is that she fancies her straight best friend. I think we need more stories where the LGBTQ main character’s sexuality is merely another aspect of their character and not the driving force of their story and source of drama (although don’t get me wrong, there’s a need for those stories too). I did think Ella, the love interest, was a little bit annoying though, which was a shame, but she was called on it within the story, so it was obviously intentional!

Despite my problems with it, The Last Beginning is practically the very definition of a page-turner. I was desperate to know what happens, and in the end that trumped the issues I was having.

One thought on “Book Review: The Last Beginning”